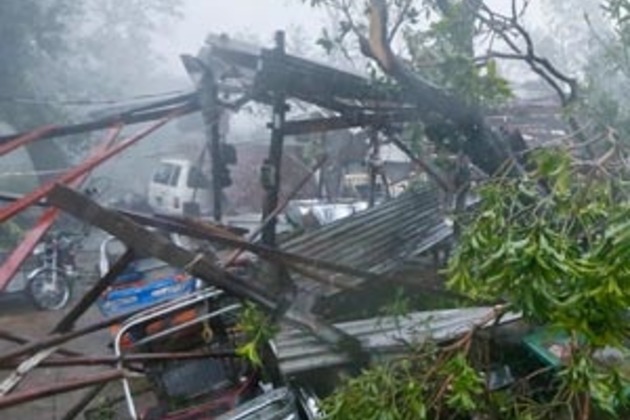 Manila - The death toll from a tropical storm that struck the Philippines has risen to nine, officials said on Wednesday, as some of the thousands of displaced residents returned home with floods receding.

"Most of the floods have subsided and all roads are now passable, but we have two people still missing from the flooding," said civil defence official Mark Yap by telephone from Butuan city.

A baby also died on the central island of Leyte after a house was buried by an avalanche, the regional civil defence office said.

Sanba had forced more than 21 000 people to flee, mostly on Mindanao's east coast, the civil defence office in Manila said. However Yap said many had since returned home.

Sanba was bearing down on the country's western island of Palawan on Wednesday afternoon. But it had weakened after crossing the Sulu Sea and now had top gusts of 60km an hour, the state weather service said.

The archipelago nation is struck by 20 storms or typhoons each year on average, some of them deadly.

The country's deadliest on record is Super Typhoon Haiyan, which left more than 7 350 people dead or missing across the central Philippines in November 2013.

KEEP UPDATED on the latest news by subscribing to our FREE newsletter.