WHAT'S HAPPENING: What will life be like after Hurricane Florence? 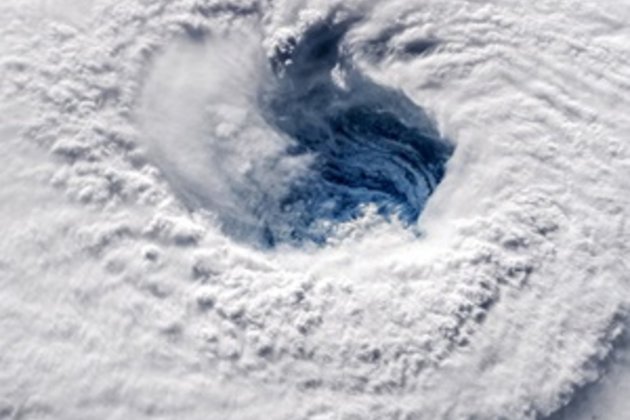 Thousands of people are still in shelters in North Carolina anxiously waiting to find out if they have a home to go back to. Heavy rains and swelling rivers are still a major concern as rising flood waters may affect communities barely touched by Hurricane Florence. The storm is being blamed for at least 37 deaths in three states.

Storm deaths: Hurricane Florence is being blamed for at least 37 deaths in three states, and Typhoon Mangkhut has killed at least 81 people in the Philippines and China.

Heavy rains: Nearly 91cm of rain has fallen over Elizabethtown, North Carolina, and other towns have seen roughly 76cm of rainfall since last Thursday.

High water: The Cape Fear River had crested at 18.7m early on Wednesday morning, according to the National Weather Service.

In the dark: About 205 000 outages had occurred, mostly in North Carolina.

Damage estimates: Between $17bn and $22bn had been calculated in lost economic output and property damage, according to economists at Moody's Analytics.

Evacuations: Tens of thousands of people have been ordered out of communities along North Carolina's steadily rising rivers, while over 2.4 million people in southern China's Guangdong province were warned to escape Typhoon Mangkhut.

To the rescue: Over 1 000 search-and-rescue personnel with 36 helicopters and over 200 boats were working in North Carolina, and the Defence Department assigned 13 500 military personnel to help relief efforts.

Blocked: 1 200 North Carolina roads had been closed, including 357 primary roads.

City underwater: 4 300 homes in New Bern, North Carolina, had been inundated by flooding, or one-third of the entire number of homes in the city.

Images from the ground

Images captured by Associated Press journalists show flooding caused by Florence in the Carolinas and Typhoon Mangkhut in the Philippines.

Authorities say two female inmates being transported to a mental health facility in South Carolina drowned in rising flood waters after the van they were in was swept away. High-water rescue teams plucked two deputies from the top of the van. The deaths are being investigated.

Officials in the Carolinas are worried about what deaths are still to come amid the swelling rivers and flooding from Florence's crawl across both states. So far, several people have died after being swept up in the storm waters, and falling trees have killed two small children.

A Philippine police officer says residents of a mining camp in a mountain village refused to leave ahead of the powerful typhoon, believing their chapel and nearby bunkhouses were on stable ground. Now dozens of people are missing after a massive landslide buried the structures.

One of North Carolina's largest cities still is mostly cut off by floodwaters, so food, water and tarps are being brought into Wilmington by big military trucks and helicopters. More than 60% of homes and businesses were without power, and crews have completed about 700 rescues in the county where Wilmington is located.

Saves homes or a highway?

A wall of concrete barriers and plastic sheets is being built along US Highway 501 to save the main road into Myrtle Beach, South Carolina, from going underwater. Residents in the nearby town of Conway worry that's going to send water from the rising Waccamaw River to flood their homes instead.

It's too early to tell how many people will end up homeless because of Hurricane Florence. Rivers swollen by days of rain still threaten communities barely touched by the storm. Thousands are already in shelters in North Carolina. Mike Sprayberry, director the state Division of Emergency Management, says FEMA officials have been in the state for days looking at housing options for the displaced.

At least one North Carolina dam has breached so far under the strain of Hurricane Florence's flooding, but officials say no homes were affected. False alarms about dam failures have caused panic in a state where there is a lot of concern about whether many dams already in poor condition will hold as rivers keep rising.

Experts say people likely got complacent about Hurricane Florence because of a scale that only categorises hurricanes by wind strength. Water is responsible for the vast majority of deaths in hurricanes and tropical storms, but that hazard isn't included in the system forecasters used when they described the storm as a "Category 1 hurricane" at landfall.