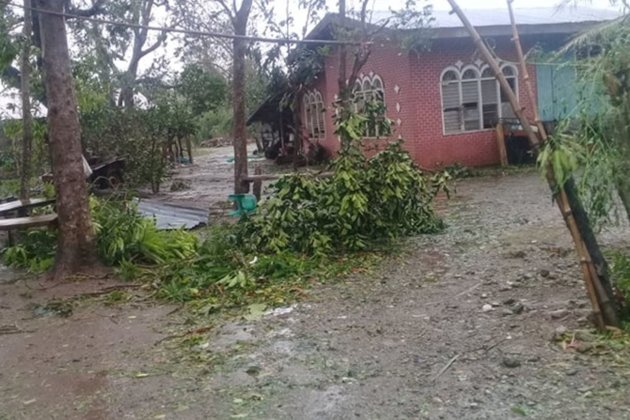 MANILA - A typhoon that has caused devastation in some Western Pacific islands made landfall in the Philippines on Tuesday, bringing strong winds and a risk of floods, storm surges and landslides in some northern provinces.

With wind speeds of 140 km per hour (87 mph) and gusts of up to 230 kph, Typhoon Yutu was moving across the main island of Luzon and was due to exit the country during the afternoon on Tuesday, state meteorologist PAGASA said in a report at 8 a.m.

There were no immediate reports of damage or casualties.

Local television footage from the path of the storm showed strong winds bending trees, sheets of rain and loose debris across roads.

Residents of some mountain and coastal areas were preemptively evacuated from their homes on Monday after warnings were issued for landslides and waves of up to 3 m (9.8 feet).

Edgar Posadas, spokesman for the office of civil defense, said uniformed personnel were on standby to help in any rescue missions.

Yutu has weakened significantly since the night of Oct. 24, when as a super typhoon packing 270 kph winds it made a direct hit on Saipan and Tinian, two islands of the Northern Marianas, an American territory about 9,000 km (5,590 miles) west of the U.S. mainland.

It was the strongest to hit the islands in 50 years and killed a woman and wounded more than 130. Yutu tore off the roofs of buildings, flipped vehicles and damaged electricity poles, generators and water pipes.