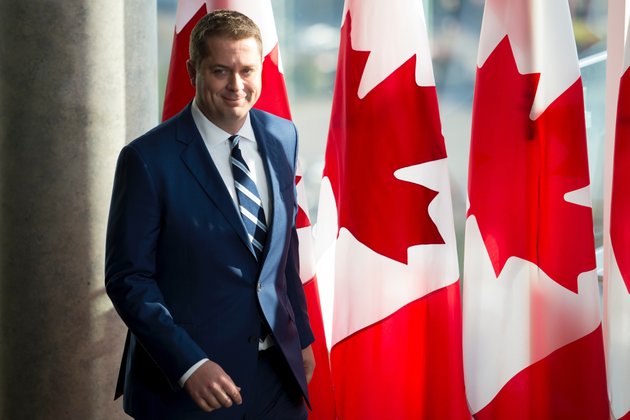 Conservative Leader Andrew Scheer recently made two promises on the campaign trail. He said that a new Conservative government would:

Launch a judicial inquiry into the SNC-Lavalin affair.

Introduce the No More Cover-Ups Act to allow the RCMP to access information protected by cabinet secrecy by making an application to the Supreme Court of Canada.

These promises were prompted by the fact that the ethics commissioner, and allegedly the RCMP, were denied access to seemingly relevant information about the SNC-Lavalin affair based on cabinet confidentiality.

Cabinet confidentiality is meant to permit ministers to debate decisions freely in private while remaining united in public.

Read more: SNC-Lavalin & the need for fresh thinking around independence and interference

Unfortunately, it's doubtful that Scheer's promises would enable Canadians to learn more about the SNC-Lavalin affair and improve the current legal regime in a meaningful manner. Here's why.

It's unclear what Scheer meant when he said that he would initiate a "judicial inquiry" into the SNC-Lavalin affair. He probably meant that he would establish a "commission of inquiry" under the Inquiries Act to investigate the matter and appoint a judge to preside over it.

However, the use of the term "judicial inquiry" in this context is a misnomer: "commissions of inquiry" are part of the executive - not the judicial - branch of government.

There's something deeply troubling about the idea of a government setting up a commission of inquiry to investigate the conduct of a previous government of a different political complexion.

A reasonable observer could be forgiven for thinking that such a decision would be based on political self-interest aimed at undermining political opponents rather than the public interest.

Setting this issue aside, an inquiry into the SNC-Lavalin affair would likely not shed more light on the matter. Indeed, by convention, the commissioner wouldn't be able to access the Liberal government's cabinet confidences without Justin Trudeau's consent. And it's unlikely such consent would be given.

Scheer's proposal to modify Section 39 of the Canada Evidence Act would allow the RCMP to access cabinet confidences by making an application to the Supreme Court. This proposal is perhaps a small step in the right direction, but it lacks ambition and is ill-conceived.

Access to relevant cabinet confidences in exceptional cases shouldn't be limited to the RCMP. Other investigators, like the ethics and information commissioners, should also be able to access cabinet confidences when it's necessary to fulfil their mandate.

Courts should also be able to access cabinet confidences when the interest of justice outweighs the interest of good government in order to fairly adjudicate disputes between litigants and the state.

Scheer's proposal is ill-conceived because the decision to authorize access to cabinet confidences should first be made by a judge of the Superior Court or Federal Court. That decision could subsequently be appealed to a Court of Appeal, and then ultimately to the Supreme Court.

Furthermore, a meaningful reform of cabinet secrecy or confidentiality would clarify the definition of the ambiguous term "cabinet confidences" that's used in various federal statutes. There are regrettably many reported cases in which this term was misinterpreted and misapplied by public officials.

Ensuring that the scope of cabinet secrecy is clearly defined and that cabinet immunity claims are decided by an independent and impartial body wouldn't be revolutionary.

It would simply bring the federal system in line with the law in Canadian provinces and in other Commonwealth countries, such as the United Kingdom, Australia and New Zealand.

Cabinet secrecy reform is an important subject that should be taken seriously by all parties.

It's not unusual for politicians to make grandstanding promises of more open government during an election campaign. Canadians can only hope that such promises are implemented in a thoughtful and comprehensive manner - rather than being quickly forgotten - after the election.

Our democracy deserves that much.

[ Thanks for reading! We can send you The Conversation's stories every day in an informative email. Sign up today. ]

US government warns Americans to avoid travel to Singapore

WASHINGTON D.C.: The Centers for Disease Control and Prevention (CDC) and the State Department have warned Americans to avoid travel ...

TOKYO, Japan: During a televised debate with eight political leaders prior to the national elections on 31st October, Prime Minister ...

Nations in South Pacific shifting allegiance from Australia to China

In the wake of the AUKUS deal, Beijing's hosting of a summit involving many tiny Pacific countries is significant. It ...

As Covid returns, Austria warns of lockdown for unvaccinated

Germany reports 15,145 new infections in one day, highest since May

BERLIN, Germany: On Saturday, Germany recorded the highest number of new coronavirus cases since mid-May, rising from 95 to 100 ...

MOSCOW, Russia: As Russia recorded the highest numbers of coronavirus infections and deaths since the pandemic began in 2020, beginning ...

4,000 pound sunfish is largest ever seen by experts