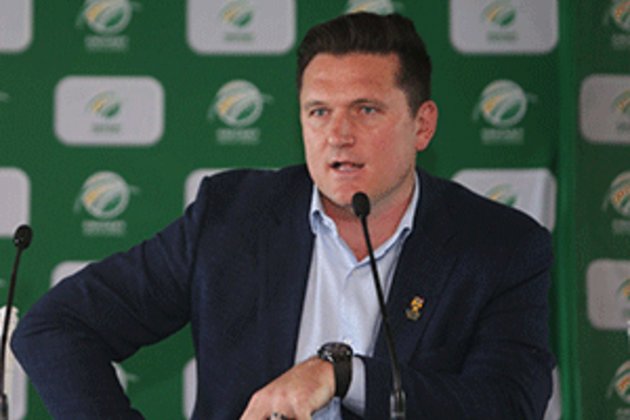 Three defeats later, it has become obvious that the problems in South African cricket, which led to the appointment of acting chief executive Jacques Faul, who in turn installed Smith as interim director of cricket, and Boucher as head coach, are deep-rooted.

South Africa have lost eight of their last nine Tests and are already effectively out of contention in the World Test Championship which runs until 2021.

AFP looks at some of the challenges facing Smith and Boucher:

Lack of skills and experience

South Africa have been hard-hit by the retirement of AB de Villiers, Dale Steyn, Hashim Amla, Morne Morkel and JP Duminy and the loss of others, such as Kyle Abbott, Simon Harmer and Duanne Olivier, to Kolpak contracts in England.

With Vernon Philander also quitting international cricket to play in England, only four of the others who played in the last Test at the Wanderers have more than six Test caps. That number will be bolstered when Kagiso Rabada returns from his one-Test ban and if the spin bowling of Keshav Maharaj is recalled.

Of the four experienced players, only Quinton de Kock was consistent against England, while Faf du Plessis, Dean Elgar and Temba Bavuma failed to have an impact.

South Africa picked five debutants during the series but the youngest was left-arm bowler Beuran Hendricks, 29. The others were all over 30. Zubayr Hamza, an exciting batsman aged 24, played in the first three Tests but was exposed by fast, short-pitched bowling.

One project for Boucher and batting consultant Jacques Kallis will be to work with Hamza and other young batsmen to build a solid batting line-up.

The fast bowling depth has been particularly depleted, but Anrich Nortje, 26, could develop into a leader of the attack and there are promising youngsters in domestic cricket. They include Lutho Sipamla, 21, who is in the squad for three one-day internationals against England, starting next Tuesday. Also in the squad is Lungi Ngidi, 23, who has already played in five Tests but been plagued by injuries.

Du Plessis has been an outstanding captain since he was appointed at the end of 2016 but his batting form has been poor and he has shown signs of strain. He has committed himself to Cricket South Africa until the T20 World Cup in Australia in October and November but there is increasing speculation that he might not last that long. He has been replaced as one-day captain by De Kock, whose style seems more instinctive than strategic.

Bavuma was vice-captain in India last year and has been touted as a potential Test captain by South African assistant coach Enoch Nkwe. Bavuma had a poor year with the bat in 2019 and although he was recalled for the fourth Test, he batted at number six and did not make an emphatic case for guaranteed selection.

The debate over Bavuma illustrates the problem. As the only black African to have played in the Test side as a specialist batsman, his omission is likely to cause political unhappiness while opponents of the quota system are quick to criticise him if he fails.

The effectiveness of quotas at junior level is debated. Smith has said he wants to review the system and has spoken of better talent identification and skill development to equip young players for elite cricket.

Despite calls for the Board of Cricket South Africa to resign, they have refused to do so. Their ineffectiveness and lack of cricket knowledge has been widely criticised. The South African Cricketers' Association and major sponsors are among those who want rid of the Board.

Faul, Smith and Boucher are operating in a vacuum. In the long term, trust in the leadership of the game seems essential.