Ex-rebel tipster leads to discovery of 1K dynamites in Bukidnon 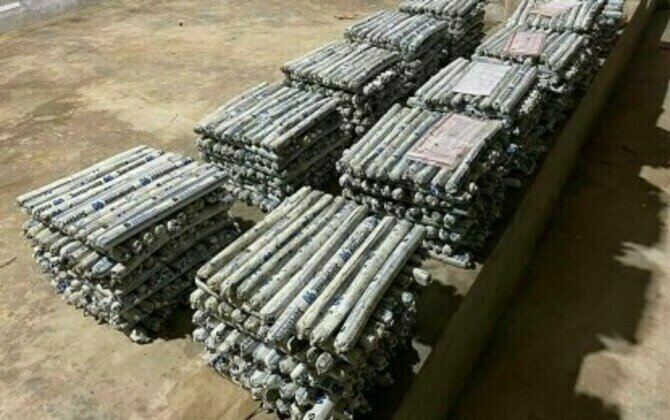 CAGAYAN DE ORO CITY - A tip from a former communist guerrilla led to the discovery of 1,076 pieces of dynamites and anti-personnel landmines (APMs) from the New People's Army (NPA) that were seized by the Philippine Army in Malaybalay City, Bukidnon.

A statement from the Army's 8th Infantry Battalion (8IB) on Monday said former rebel leader Ronald Landasan alias "Gamay" or "Gaspar," led the military to the dynamites that he claimed were being used as material to make APMs.

The Army discovered the cache in Sitio Malinao, Barangay Kalasungay on October 8.

The 8IB quoted Landasan as saying that he revealed the location of the hidden dynamites because he did not want them to be used against the soldiers and civilians.

According to the 8IB, Landasan said the dynamites were intended to be used by the NPA to wound and kill soldiers operating in the mountains of Bukidnon.

Lt. Col. Edgardo Talaroc Jr., 8IB commander, reiterated that the NPA has evidently violated the provisions of the Ottawa Treaty.

"We will also investigate and find out the source who gave the said dynamites to the (NPA) to file charges against them," he said.

Brig. Gen. Ferdinand Barandon, commander of the 403rd Infantry Brigade, said the seizure of the dynamites has prevented the plan of the NPA rebels to inflict harm against government soldiers and possibly innocent civilians.

The dynamites were turned over to the Bukidnon Provincial Explosive Ordnance Disposal and Canine for proper disposition.

Meanwhile, the Philippine Army's 4th Infantry Division (4ID) said more APMs and other explosive devices recovered in Northern Mindanao and Caraga regions will be detonated before the year ends.

"There will be the next batch for those that were not detonated," said Maj. Francisco Garello Jr., chief of the 4ID's public affairs office, in an interview Monday.

The 4ID reported that an initial 77 assorted IEDs, purposely made as APMs, have earlier been safely disposed of by the 10th Forward Service Support Unit (10FSSU) in a secluded section of Barangay Tignapoloan here on Oct. 1.

These were the explosives seized by various Army battalions in different operations against the NPA in parts of the Northern Mindanao and the Caraga region.

Maj Gen Romeo S Brawner Jr, the 4ID commander, said all APMs recovered by government troops from the NPA will be continuously disposed of throughout the rest of the year.

Brawner said the recent disposal of the APMs is made to ensure that it will not be used anymore since it is strictly prohibited and a clear violation of the International Humanitarian Law (IHL) and the Ottawa Treaty.

Under the Ottawa Treaty or the 1997 APM Ban Convention, the use of landmines is prohibited.

It particularly disallows the production, stockpiling, transfer, and use of APMs to ensure the implementation of humanitarian rules restricting armed violence.

The Philippines' Anti-Terrorism Council has designated the CPP, NPA, and NDF as terrorist groups.