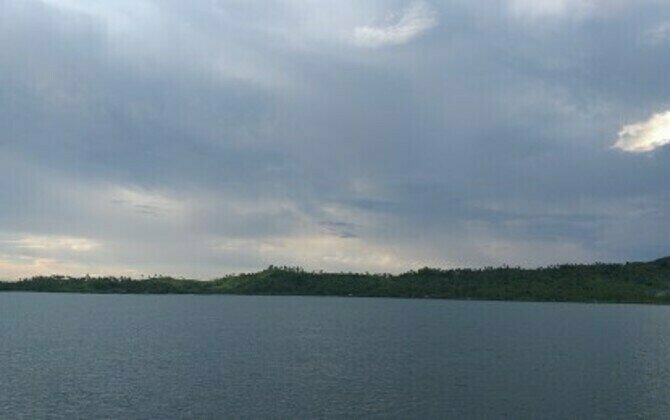 BFAR regional director Juan Albaladejo said the heavy rains in the past weeks have triggered the runoff of pollutants from the upland to the sea.

"These sudden recurrence of red tide in 10 bays and near shore coastal waters in the region, which previously have history of a red tide event, might be due to the series of massive rains. This cause run off of soil sediments rich in organic load that fertilized the cyst of red tide. These were upwelled from the sea bottom and causing the sudden appearance of red tide events," Albaladejo said in a message sent to the Philippine News Agency (PNA).

"BFAR will be relentless with the monitoring of these coastal waters and have activated our information drive system to alert the public and inform local government units affected. Market inspections as well as market deterrence is in strongly enforced," Alabaladejo added.

The official asked local government units in these bays to also heighten their watch against gathering, trading, and consumption of shellfish to prevent the incidence of paralytic shellfish poisoning (PSP).

PSP occurs from ingesting bivalve shellfish (such as mussels, oysters, and clams) that contain toxins and its symptoms include tingling of the lips and tongue, which may begin within minutes of eating toxic shellfish or may take an hour or two to develop.

Symptoms may progress to tingling of fingers and toes and then loss of control of arms and legs, followed by difficulty in breathing.

Fish, squid, shrimp, and crabs harvested in these areas are safe to eat "provided that they are fresh and washed thoroughly and internal organs such as gills and intestines are removed before cooking."

BFAR has been regularly analyzing water samples through its regional laboratory to ensure that shellfishes are safe for human consumption. (PNA)