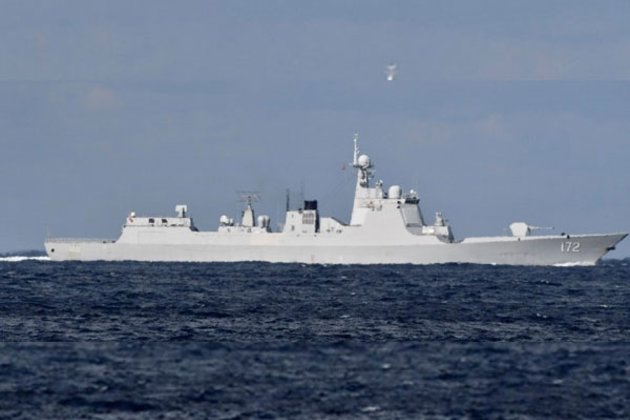 Manila [Philippines], October 24 (ANI): Scaling up its number of protests against Beijing's actions in the South China Sea (SCS), the Philippines this year have made the highest number of diplomatic protests to the communist regime in comparison to last five years against its actions in SCS, said a media report.

A total of 153 out of the 211 notes verbales, or diplomatic notes, filed over Chinese actions in the South China Sea, were filed in 2021 alone, Philippine News Agency quoted the country's Department of Foreign Affairs (DFA) as saying on Thursday.

"DFA protested the unlawful issuance of over 200 radio challenges, sounding of sirens, and blowing of horns by Chinese government vessels against Philippine authorities conducting legitimate, customary, and routine patrols over and around the Philippines' territory and maritime zones," DFA said in a tweet on Wednesday.

Further, the DFA stressed that these Chinese provocative acts threaten the peace, good order, and security of the South China Sea and run contrary to China's obligations under international law.

Eduardo Menez, DFA Assistant Secretary, said: "The latest protest was issued on September 30, so yes the incidents in August are covered, but these types of warnings are SOP (standard operating procedure) by the Chinese just as our Coast Guards also issue warnings. The tweet was issued (October 20) upon instructions."One of the earliest diplomatic protests lodged by the Philippines this year was in March when hundreds of Chinese vessels were sighted mooring at Whitsun Reef in the Spratly Islands. The Philippines says the reef, which it calls Julian Felipe, lies entirely within its exclusive economic zone (EEZ) but Vietnam and China also hold separate claims, according to RFA.

The number of Chinese ships at Whitsun dwindled to single digits by mid-May but increased again by mid-June. By then, the Philippines had filed 100 diplomatic protests since June 2016 against China's various incursions, including in the waters off Pag-asa, also known as Thitu Island. (ANI)