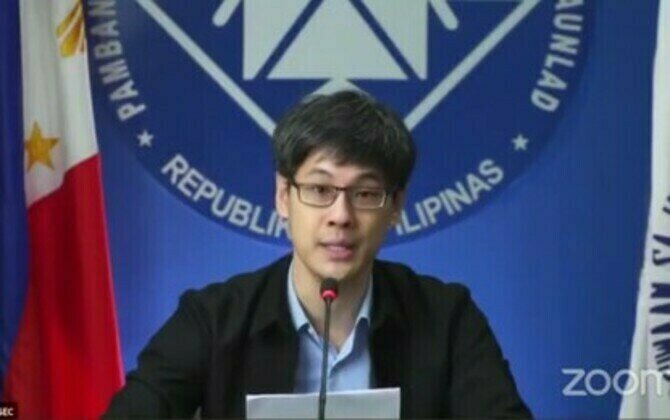 MANILA - The domestic economy is expected to remain in expansion mode even with the movement restrictions in the third quarter of 2021.
In his speech during the Manila Times virtual 123rd anniversary on Wednesday, Socioeconomic Planning Secretary Karl Kendrick Chua said around 77 percent of the country's economy remains in heightened quarantine but "people appear to have internalized the pandemic already".
"In other words, they have made it endemic in their lives and therefore people are simply just moving about with their daily routine and just taking care of themselves. So, I do not think that even with the level of quarantine that we saw in the third quarter, the economy would not be growing. I believe it will be growing because of the data and the change in paradigm, mentality and approach that we are seeing in the last quarter," he said.
The government again placed Metro Manila under the strictest movement restriction, enhanced community quarantine (ECQ), from August 6 to 20 and under the modified ECQ (MECQ) until September 15 because of another spike in coronavirus disease 2019 (Covid-19) infections due to the Delta variant.
Growth, as measured by gross domestic product (GDP), reverted to positive territory in the second quarter of 2021 with a print of 11.8 percent, ending a five-quarter contraction.
Economic managers' growth assumption for this year is an expansion of between 4-5 percent.
The Philippine Statistics Authority (PSA) is set to report the third quarter GDP on November 9.
Chua, also the National Economic and Development Authority (NEDA) Director General, said sustainability of domestic growth depends on people's actions or by adhering to the health protocols.
He said the positive economic developments in the country to date are not mainly due to base effects but because of "all our efforts to manage the pandemic better."
Among the positive economic factors that he cited are the improvement in the manufacturing production, with the Volume of Production Index almost near the normal 100 level; as well as on imports; exports; and government spending on infrastructure.
Chua said before the imposition of the ECQ in 2020, the unemployment rate was about 5.3 percent.
Unemployment surged to 17.6 percent because of the quarantine measures but is now around 7 percent to 8 percent, thus, "we still have a bit of work to do as we reopen the economy and bring back some of the jobs."
Chua said underemployment stood at 14.8 percent in the first quarter of 2020, which was the same level as of August this year.
"And although there are still many part-time work and we haven't reached full capacity yet, (this) just means we are steadily improving in the coming months as we open the economy further," he said.
Chua said job creation, as well as public transportation utilization, have strong correlation to quarantine restrictions thus, authorities are continuously looking for ways to safely reopen the economy.
"Now, in general, I believe that the better management of risk in 2021 will allow us to grow by 4 to 5 percent this year, and 7 to 9 percent next year, and returning to our pre-pandemic growth path of 6 to 7 percent in the other years," he added. (PNA)
}