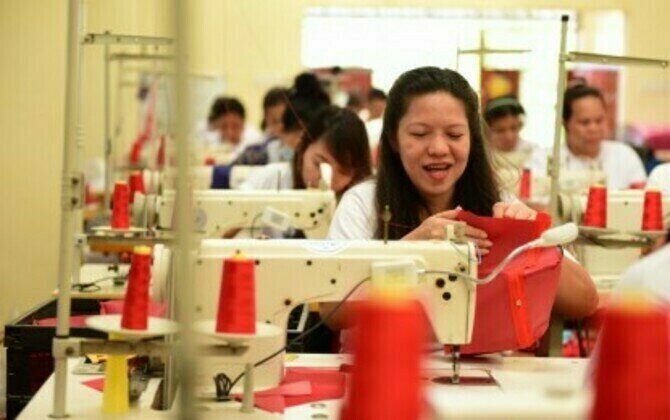 "Over the last 30 years, our cooperation has continued to evolve both qualitatively and quantitatively and currently Korea is the second-largest development partner country for the Philippines," Korean Ambassador to the Philippines Kim Inchul said in a virtual forum to celebrate the milestone.

In a span of 30 years, Korea was able to assist in the construction of public hospitals, health care centers, and the upgrade of systems in Quezon City, Cavite, and Iloilo with its USD65 million contribution to improving the country's access to basic health services.

Among the newly built or upgraded facilities under this priority target so far include the airports in Laguindingan and Puerto Princesa, the 2.7-kilometer bridge in Panguil Bay, and the international container port in Cebu.

The Embassy said Korea is likewise financing the feasibility study for the Panay-Guimaras-Negros Island Bridges project.

Korea had also provided USD218.6 million as humanitarian relief in response to typhoons, floods, earthquakes, and health emergencies in the Philippines.

When the coronavirus outbreak began, Korea was also quick to extend assistance, which for the Korean envoy said is a "strong sign of the development partnership built in the last 30 years."

Its total Covid-19 contribution to Manila now amounts to over USD210.7 million or approximately PHP10.6 billion, which includes the upcoming donation of 539,430 doses of AstraZeneca vaccine and the USD200 million concessional loan to help the country develop its emergency response program and procure more vaccines.

Its USD358-million contribution to help Filipino rural communities, on the other hand, allowed the construction of agricultural infrastructure, enhancement of value chains, and upskilling of farmers in several provinces like Pangasinan, Isabela, Quirino, Iloilo, Bohol, Davao del Sur, and Nueva Ecija.

Korea International Cooperation Agency (KOICA) Country Director to the Philippines Jaesang Hwang said Korea wants to explore more ways to help accelerate sustainable development in the Philippines, including the incorporation of "green and digital factors" into its traditional programs.

Aside from its four priority targets in the country, Korea is also working with the United States Agency for International Development (USAID) to enhance the country's climate resilience and address ocean plastic pollution.

But beyond the numbers, Kim said this partnership was able to make "real difference" in the daily lives of several Filipinos, citing the community in Bulacan who were given job opportunities through Igting, a sewing center established by the Korean non-government organization CAMP and KOICA.

"I was able to keep hope in life with the support of KOICA and CAMP. They came to us to ask what we needed in the area, to hand down skills that we lacked, and to become a lighthouse to support us in developing ourselves," said one of the beneficiaries in a message read by the envoy.

Seoul and Manila's three decades of development ties started in 1991 when officials from the Philippines were invited to participate in training programs in Korea, which then expanded to other areas of cooperation such as agriculture, infrastructure, climate change, disaster risk reduction, health, and science, technology, and innovation.

"Thirty years in Korean tradition and culture means a lot. Everybody in Korea knows that in 30 years you have to stand alone and you can stand alone because you laid the groundwork during those 30 years. I think, upon that basis, we'll be able to have a closer partnership with all our partners and friends," Kim said.

"We will work hand-in-hand to create, of course, our ultimate goal-- a more sustainable and resilient society for all Filipinos," he added. (PNA)