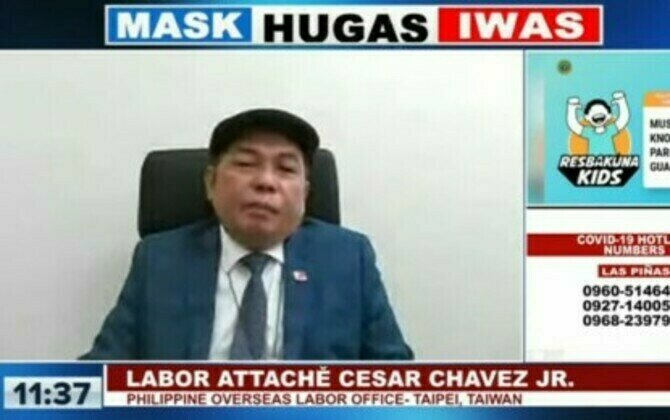 MANILA - Some 40,000 overseas Filipino workers (OFWs) are expected to leave for Taiwan as it reopened its doors to migrant workers, the Philippine Overseas Labor Office (POLO) in Taipei reported on Thursday.

"The demand is in manufacturing because Taiwanese employers prefer our OFWs in semiconductors, computers and electronics, manufacturing," Chavez said.

He also reported that as of December 20, there are 160,000 Filipinos in Taiwan, including those married to Taiwanese nationals and those with permanent residency.

"Most of them are in factories of semiconductor, chips, computers, electronics. We dominated that sector, majority are Filipinos," the labor attache said.

"The other OFWs or around 26,000 are caretakers and domestic workers in Taiwan," he added.

Chavez said workers who are entering the host territory have to undergo quarantine for 21 days.

The island reopened to migrant workers on February 15. (PNA) 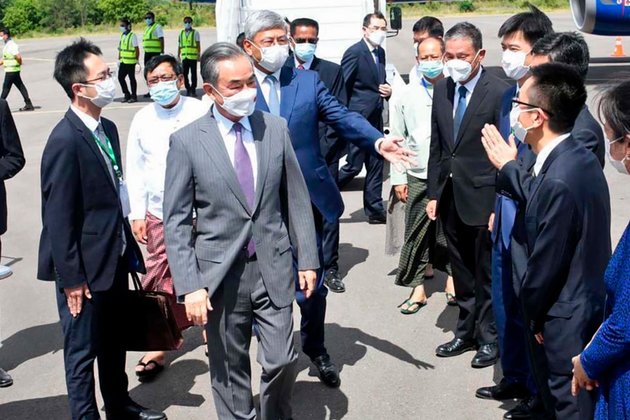 Beijing - China's foreign minister called for Myanmar's junta to hold talks with its opponents Sunday during his first visit ...

LONDON, England: A UK parliamentary committee has told lawmakers that they may not bring babies to parliamentary proceedings and debates.The ...

WASHINGTON D.C.: Hershel "Woody" Williams, the final surviving Medal of Honor recipient from World War Two, has died at a ...

SEATTLE, Washington: A Norwegian cruise liner has canceled its sailing and returned to port after damage was discovered following its ...

US sanctions causes 90 percent drop in chips sent to Russia

WASHINGTON D.C.: U.S. Commerce Secretary Gina Raimondo has said that since the U.S. and its allies imposed sanctions on Moscow ...