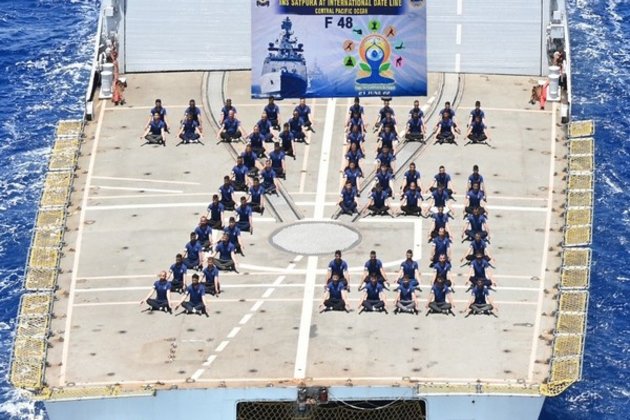 New Delhi [India], June 21 (ANI): On the occasion of the 8th Yoga International Day, the easternmost deployed Indian Naval warship, INS Satpura, operating near the International Dateline in the middle of the Pacific Ocean, has kick-started the Yoga activities by conducting the common yoga protocol at sea.

The ship is presently about 7000 Nautical Miles from her base port Visakhapatnam. The poster-making and essay competitions were also conducted on board INS Satpura to commemorate the day.

As part of its long-range operational deployment, INS Satpura is in the Pacific Ocean on her passage to participate in RIMPAC-22. RIMPAC-22 is one of the largest multilateral Naval Exercises in which the Indian Navy is participating with INS Satpura, one P8I maritime patrol aircraft, and a shore contingent.

Apart from the ship's crew, personnel from other foreign Naval Warships in harbor and personnel of Indian origin at Guam were also invited.

Officers and sailors from the US, Singapore, and Philippines Navy participated in the Yoga protocol. As part of its long-range operational deployment, INS Satpura arrived at Guam in the Pacific Ocean on June 13.

INS Satpura is an indigenously designed and built 6000-tonne guided missile stealth frigate equipped to seek and destroy adversaries in air, surface, and underwater. A frontline unit of the Eastern Fleet based at Visakhapatnam, INS Satpura has been tasked with a long-range operational deployment in the 75th year of India's Independence.

Meanwhile, Prime Minister Narendra Modi performed yoga at the main event of the eighth edition of the International Day of Yoga in the heritage city of Mysuru in Karnataka.

Addressing the main event of the eighth edition of the International Day of Yoga in the heritage city of Mysuru in Karnataka,PM Modi said, "I extend my greetings to all on this 8th International Yoga Day. Today, Yoga is being practiced in all parts of the world. Yoga brings peace to us. The peace from Yoga is not only for individuals, it brings peace to our nations and the world.

This year the theme for the celebration is "Yoga for humanity".

The theme has been selected after much deliberation/consultation and it appropriately portrays, how during the peak of the COVID-19 pandemic, yoga served the humanity in alleviating the suffering, and in the emerging post-COVID geo-political scenario too, it will bring people together through compassion, kindness, foster a sense of unity and build resilience among people world over.

As the sun apparently moves from the east to the west across the world, the Mass Yoga Demonstrations in the participating countries, if seen from any one point on Earth, will seem to be happening one after the other, almost in tandem, thus underlining the concept of 'One Sun, One earth'.

Earlier, Yog Guru Ramdev performed yoga at Patanjali Yogpeeth in Haridwar. Many children and other people also attend the event.

It was during his speech at the UN General Assembly on September 27, 2014, that Prime Minister Narendra Modi first floated the idea of International Yoga Day. The draft resolution passed by India was supported by 177 nations. With universal recognition and growing popularity of Yoga, the United Nations declared June 21 as the International Day of Yoga on December 11, 2014.

The first International Yoga Day was celebrated on June 21, 2015. (ANI) 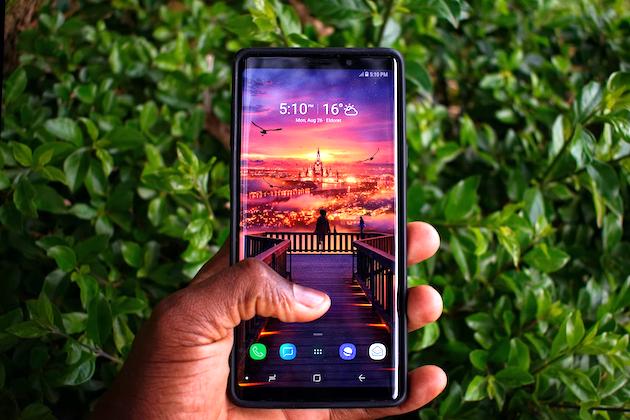 CANBERRA, Australia: Samsung Electronics has been fined $9.65 million by Australia for releasing nine misleading advertisements about the untrue water-resistance ... 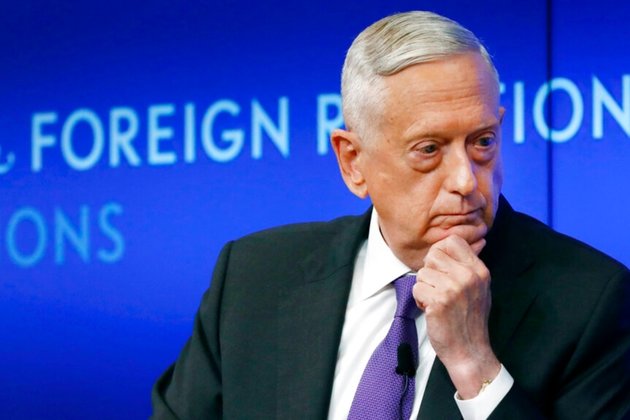 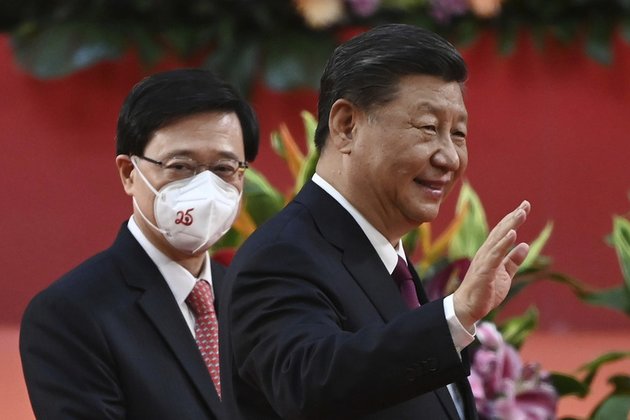 President led the ceremony as the region marked the 25th anniversary its handover from British ruleChinese President Xi Jinping has ...

WATFORD, UK: Watford F.C. has cancelled a friendly match against the Qatar national team due to the Gulf country's human ...