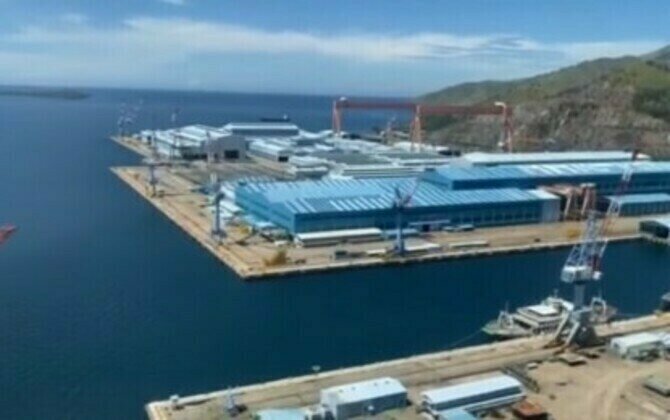 Lorenzana said the facility, which may rise at the former Hanjin Heavy Industries and Construction Philippines (HHIC-Phil) shipyard in Subic Bay, would cater to the maintenance needs of all HHI-built naval vessels of the Armed Forces of the Philippines (AFP).

"They are planning to construct a maintenance depot here for all (HHI-ordered) ships," Lorenzana said in his farewell meeting with reporters Tuesday, responding to queries on whether the DND will have to send its HHI-constructed ships to South Korea if they are due for repairs or maintenance.

The HHI is also the contractor for the South Korean Navy's "Pohang"-class corvettes, of which one is now in service with the PN, and another one is expected to be transferred soon.

Aside from the OPV deal, both the DND and HHI also signed on June 27 a lifetime service support contract for the sustainment of the two Jose Rizal guided-missile frigates.

Lorenzana earlier said HHI is ideal for the OPV project as it has previously had constructed two modern ships, the Jose Rizal-class missile frigates, for the PN.

A part of the former HHIC-Phil shipyard was also converted into Naval Operating Base (NOB) Subic which was activated last May and now houses the PN's capital ships.

The activation came after the recent approval of the lease agreement for the PN to occupy the northern portion of the former HHIC-Phil shipyard which spans around 100 hectares of the site's more than 280 hectares.

The activation and subsequent operationalization of NOB Subic are in line with the Navy's scaled-up maritime operations to support the needed base services of the deep-draft vessels such as Jose Rizal-class missile-frigates, Del Pilar-class offshore patrol ships, and Tarlac-class landing docks.

The newly activated base will house select fleet marine units, maintenance, and replenishment facilities that will enable the fleet to sustain the operational requirements of the current and future capital vessels.

The NOB Subic is a vital component in the Navy's modernization effort toward becoming a multi-capable naval force. (PNA)