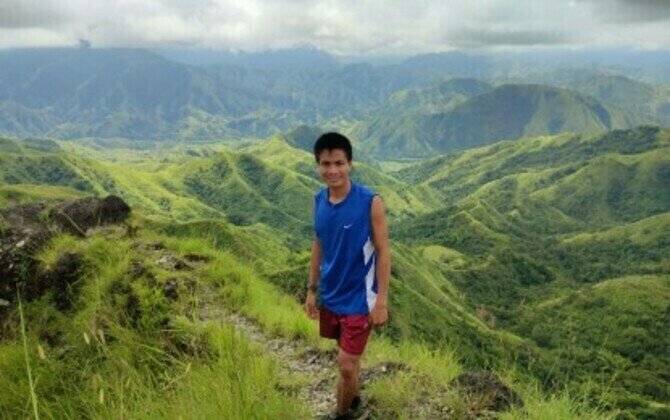 SAN JOSE DE BUENAVISTA, Antique - A mountaineering group is raising funds to send a member of the indigenous peoples (IP) to the international 100-kilometer ultra-mountain marathon to be held in Hanoi, Vietnam next month.

Team Kalboro, a group of mountaineers from the provinces of Panay Island, on Tuesday said it targets to raise PHP80,000 for the training, fare, accommodation, and other needs of Larry Apolinario, 26, of the Iraynon Bukidnon IP community in Barangay Capnayan, municipality of Laua-an.

"We discovered Apolinario in one of our climbs," said Richard Burton Fillone, a member of the mountaineering group.

Apolinario is preparing for the international trail running competition in Vietnam this September 9 by practicing on the mountain trail of Laua-an.

"I am now preparing for the competition with the hope that I could bring pride to our home country, particularly to my home province Antique," he said in a phone interview on Tuesday.

The runner works as a "habal-habal" (motorcycle taxi) driver but earns extra as a local guide for mountaineers and tourists going to Mount Igmatongtong, a popular training ground for beginner mountaineers.

Laua-an Councilor Jose Claudio Alonsagay, also a running advocate, said trail running is where Filipinos have big potential to excel and is now one of the sporting events in the Olympics.

Alonsagay helped organized the Antique International Marathon in 2017 where Apolinario was discovered.

Apolinario emerged as champion when he competed in the 100-kilometer Ultra Marathon in Valencia, Bukidnon, and the 75-kilometer Sierra Madre Trail Ultra in Rodriguez, Rizal only this year.

The runner, who will be competing in his first international event, will leave for Vietnam on Sept. 5.
(PNA)